The first meeting between Stephanie Proot and sisters Claire and Aurore Dassesse took place in the fall of 2012, when they were invited by concert promoter Euterpe to interpret the Piano trio in d by Anton Arensky. The concert was a resounding success, after which the three ladies decided to continue the casual collaboration as a permanent ensemble. Bearing in mind their first joint achievement, Claire, Aurore and Stephanie baptized the chamber music group Ensembl'Arenski, a well-chosen name that equally allows them to perform in alternate combinations. As a piano trio, the three musicians take a fresh look at the larger repertoire, and at the same time, they introduce the public to less well-known works.

Looking for the perfect interplay, Ensembl'Arenski went within the walls of the Brussels Queen Elisabeth Music Chapel to study with the renowned Artemis Quartet. The group has already appeared in the program books of numerous national and international concert associations, including the Bijloke, Festival Musiq3, the Musical Instruments Museum and the Concertgebouw Brugge. Ensembl'Arenski was laureate of the 2017 Supernova competition, giving them a helping hand for a concert tour through Belgium and the publication of a first CD.

The three members of the ensemble each bring a lot of individual musical experiences to share with their companions, experiences gained during their studies, through impressive competition track records, when playing numerous concerts and thanks to inspiring encounters with colleagues worldwide. 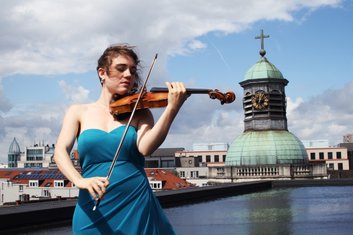 Aurore (° 1991) started her cello studies with Ilia Laporev and was admitted in 2003 as “exceptional young talent” to the class of Justus Grimm at the Queen Elisabeth Music Chapel. After her study with Hélène Dautry, as a student of the Conservatoire de Paris, Aurore began her bachelor years with Grimm at the Koninklijk Conservatorium of Antwerp. Since 2012, she studies in the Hochschule für Musik in Saarbrücken with Gustav Rivinius and she is on her way to obtain a soloist’s diploma as well, on top of bachelor's and master’s degrees. Aurore was successful in various competitions, including winning the Breughel competition and the Concours Européen pour Jeunes Solistes in Luxemburg, and was elected Young Belgian Talent by the Bayard Partnership. She performed as a guest at the finest Belgian concert venues and, as a member of the European Union Youth Orchestra played on the stage of the Royal Albert Hall in London, the Berlin Konzerthaus and the Concertgebouw of Amsterdam. 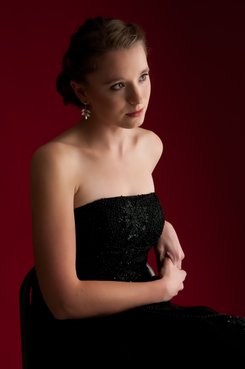 Claire (°1989) studied from 2004 to 2007 with Augustin Dumay and Tatiana Samouil at the Queen Elisabeth Music Chapel. Subsequently, she acquired her bachelor’s degree at the Koninklijk Conservatorium of Brussels in the class of Igor Oistrakh. Between 2009 and 2015, under the guidance of Mihaela Martin at the Haute Ecole de Musique de Genève and at the Hochschule für Musik und Tanz in Köln, Claire obtained two master’s degrees and a soloist’s diploma. Her diligence paid off because Claire could add, among other things, the first prizes of the Breughel-, Didier Noé-, Deru- and the famous Henri Vieuxtemps violin competitions to her impressive record of achievements, in addition to winning the Nancy Philippart Scholarship. She performed as a soloist with the Slovakia Zilina Orchestra and the Orchestre des Pays de Savoie, played in venues such as Flagey and the Palais Royal in Brussels and performed live recordings for the Swiss radio, RTBF and France Musique. Furthermore, since 2013 she has permanently joined the Orchestre de la Suisse Romande. 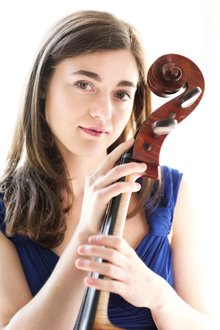 Stephanie (° 1987) obtained her master's degree in 2009 at the Koninklijk Conservatorium of Antwerp in the class of Levente Kende. She continued her education as a soloist with Ramzi Yassa at the Ecole Normale Alfred Cortot in Paris and with Abdel Rachman El Bacha at the Queen Elisabeth Music Chapel. Her last mentor is Lev Natochenny, with whom she studied until 2016 at the Frankfurter Hochschule für Darstellende Kunst und Musik. As a child, Stephanie prevailed in just about every Belgian competition. Subsequently, she often claimed high prizes at international competitions (including Le Mée-sur-Seine, Madrid, Porto, Shanghai, London, Zagreb and Bonn) and was repeatedly crowned the public’s favorite. 2012 was a stellar year, winning four competitions in a row (in Wernigerode, Massarosa, Granada and Leuze). A year later, she was a semi-finalist of the Queen Elisabeth competition. For her performances at home and abroad, press reviews praise Stephanie for her refined, expressive and colorful playing style. By now Stephanie is herself a professor and she combines her concert career with counseling young emerging talent.